Creativity Capital is teaming with LA-based Epic Pictures Group on a deal that will see both companies co-finance and co-distribute feature films in Epic’s horror, sci-fi and action wheelhouse. The aim is to target pics in the $1 million-$10 million range, and also seek completed movies to acquire.

Epic Pictures Group, whose credits include the 2017 TIFF film The Lodgers, is handling worldwide sales for both pics, and serves as an executive producer/investor for both titles. Creativity Capital, which previously financed the 2018 documentary McQueen and the 2016 Sundance pic Under the Shadow, provided a financing and production loan for Sea Fever, and tax credit financing for The Winter Lake, serving as an executive producer on both.

“We had a terrific experience working with Patrick Fischer and Creativity on Sea Fever and The Winter Lake,” said Epic founder and CEO Patrick Ewald. “This new and dynamic venture will allow us to build on an already successful relationship to move even quicker on financing films and television for production and acquisition.”

Creativity Capital’s Managing Director Patrick Fischer adds “Having met at the brilliant Frontières Market in 2017, we hit the ground running on Sea Fever and jumped in to help The Winter Lake get greenlit. Epic Pictures have been an outstanding partner on both titles and we look forward to expand our relationship with this partnership.”

Fulwell 73, the acclaimed production company behind ‘Carpool Karaoke’, ‘The Late Late Show’ and UK sensation ‘Bros: After the Screaming Stops’ has acquired a minority stake in London-based film finance company Creativity Capital for an undisclosed sum.

Fulwell 73 Partner Leo Pearlman joins the board of Creativity Capital which continues to be run by Managing Director and Founder Patrick Fischer and Director and Co-founder Richard Kondal.

Since being founded in 2013 Creativity Capital has specialised in structured lending for the film and television industry and has helped finance 23 films for Netflix, BBC Films, Universal Pictures and other prolific production and sales companies. These include the BAFTA and Sundance winning “Under The Shadow” and the critically acclaimed Alexander McQueen biopic “McQueen”.

This is the latest Fulwell 73 deal since Valence Media’s £45 million investment in the production company in September 2018, extending its strong growth in London and Los Angeles.

Patrick Fischer, Managing Director of Creativity Capital, comments: “Partnering with Fulwell 73 brings with it a host of opportunities for us. Fulwell 73’s reach into the U.S. market, their deep understanding of television and serialized content as well as access to capital, made their proposition a no-brainer for us. I look forward to working with Leo in taking Creativity Capital to the next level.”

Leo Pearlman, Partner of Fulwell 73, said: “Creativity Capital has an impressive track record of financing a number of exciting and important film projects over the last few years and, with Fulwell taking a stake in the company, this brings the benefit of our presence in the US and in television to Patrick, Richard and the team at Creativity Capital, to further expand the types of projects they get involved with going forward. I look forward to joining their board continuing that work with them.” 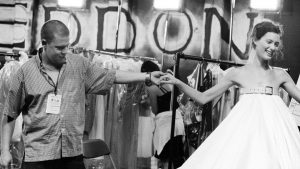